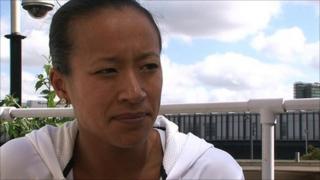 Williams took it too far - Keothavong

British number two Anne Keothavong says Serena Williams should have accepted the umpire's decision and believes she continued with her angry tirade for too long.

Williams, who will find out on Monday whether she faces further punishment, lost her cool during the US Open final, which she went on to lose against Australian Samantha Stosur.

The Hackney-born former British number one also thinks Oliver Golding's win in the boys' competition shows there is depth in the British men's game.