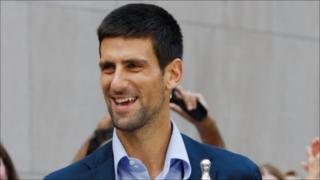 Djokovic has lost just twice in 66 matches this season, winning three grand slams along the way.

He talks of his "mental struggle" to become the world number one, and discusses his tennis inspirations while growing up in Serbia, and the attitude that he says has allowed him to "play the best tennis of my life".