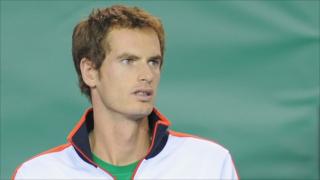 Players not scared to strike - Murray

Andy Murray says a strike by players over a packed tennis calendar is a "possibility".

The British number one adds that players want changes to happen "sooner rather than later", ahead of a meeting in Shanghai next month to plot their next move.

Murray argues that the current calendar is "gruelling" on the body.