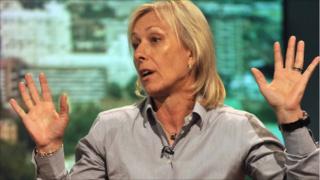 Navratilova, who won 18 grand slam titles during her career, believes Andy Murray should not be criticised "for taking charge of his life" and backs a player strike "if that's what they have to do".