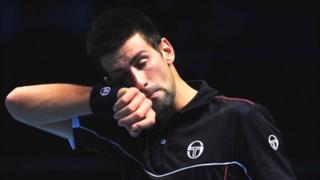 The Wimbledon champion crashed to a 6-3 6-1 defeat in an hour and 15 minutes, revealing "nothing was going well" and indicating that both tiredness after a long season and feeling unwell contributed to his poor performance.