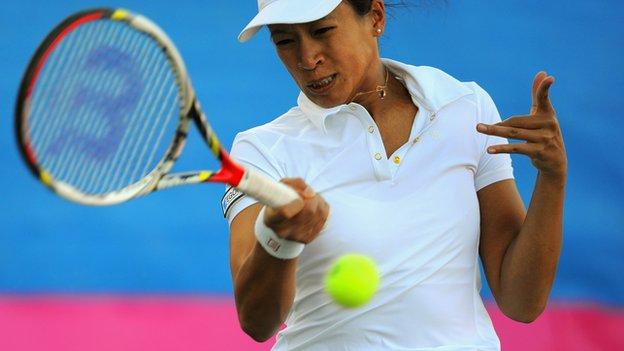 The British number two, 28, who beat another British teenager, Laura Robson, in Saturday's first qualifying round, eased to a 6-4 6-4 win over Watson.

It was the pair's first professional contest and Keothavong, who won two titles at the end of last season, was always in control of the match.