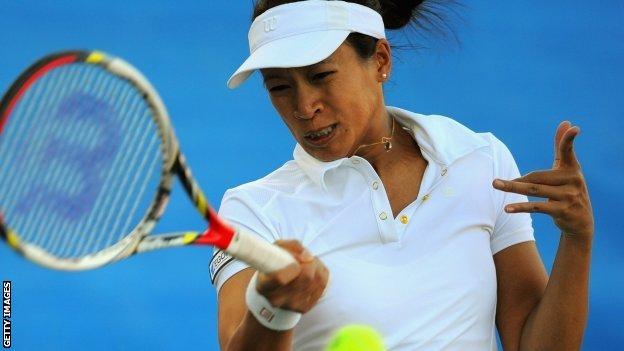 Britain's Anne Keothavong has been knocked out of the Qatar Open in straight sets by Agnieszka Radwanska.

The British number two managed to win just three games in the match as the Polish number four seed won the second-round match 6-1 6-2 in 63 minutes.

Keothavong was broken twice in the first set and three times in the second, as Radwanska romped to victory.

Radwanska will play Germany's Julia Goerges or Varvara Lepchenko of the United States in the next round.

Keothavong, who beat fellow Brits Laura Robson and Heather Watson in qualifying before defeating Tamira Paszek in the first round, struggled with the step up in class.

She lost 12 of the first 13 points, including her first service game to love, as Radwanska raced into a 3-0 lead.

Londoner Keothavong finally got on the scoreboard in the sixth game but her opponent wrapped up the first set on her third set point in the next game before taking the second in a similarly comfortable fashion.