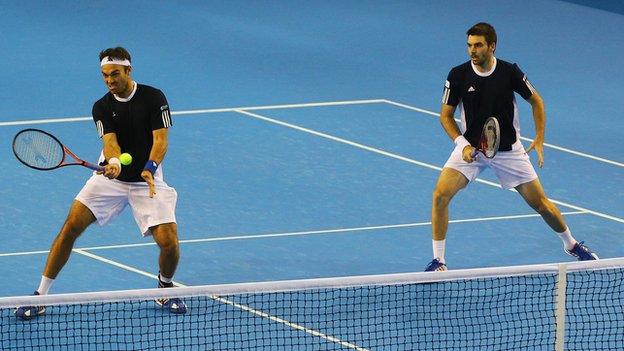 British duo Colin Fleming and Ross Hutchins have been beaten in the semi-final of the Memphis International.

The pair lost 6-3 7-6 (7-4) in the last four to Ivan Dodig of Croatia and his Brazilian playing partner Marcelo Melo.

Fleming and Hutchins were broken just one in the match, during the first set, but were unable to engineer any break points of their own in a tight tie.

To emphasise the closeness of the match, the British pair won 48% of the total points on offer.