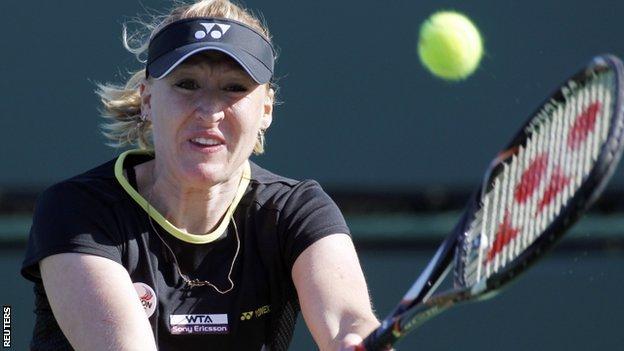 British number one Elena Baltacha battled back from a set and a break adrift to beat world number 98 Aranxta Rus 3-6 6-4 6-3 at Indian Wells.

After a slow start she levelled the match in California at one-all, before losing her serve early in the third set - but took the next five games to win.

My coach told me to fight. You're never out until you lose that last point

Her victory, in two hours 13 minutes, sets up a meeting with German 14th seed Julia Goerges in the second round.

"She gave me an opportunity, I took it and after that I really felt like I was mixing everything up and I felt comfortable," said Baltacha.

"My coach Nino Severino came onto the court [and] he told me to fight, just fight - and that's what I always try to do. You're never out until you lose the last point."

Baltacha ended 2011 at 50th in the world, but has since slipped back to 62nd after winning just one of her first five matches this year.