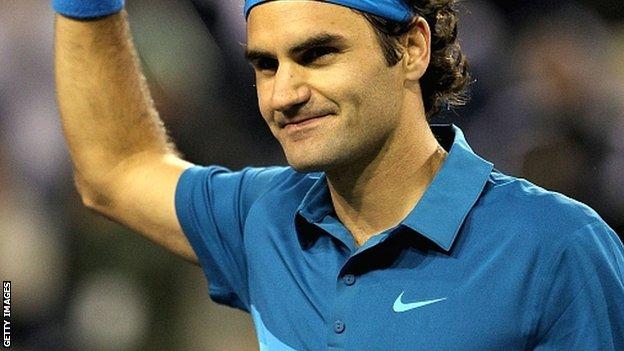 Roger Federer says he has played some of the best tennis of his career since turning 30 and that he has rediscovered the enthusiasm of his rookie years.

Federer has not won a major since the 2010 Australian Open but is currently on a 15-match winning streak.

The 16-time Grand Slam winner won in Indian Wells on Sunday and competes in the Miami Masters from this weekend.

"I've shown that after 30 you can play your best tennis, which is nice for everyone," Federer told BBC Sport.

"I went from Qatar, last January, all the way to Basel, in November, without a [tournament] win.

"I played great: I made the French Open final, the semis of the US Open, I played some other great matches, but didn't win a title.

"And once you're so spoiled like me and you've won so much, finishing in the semis is nice, but it's not the great feeling you get from winning a title.

"So I feel like I'm going back a couple of years. I'm on this amazing streak [Federer has won 39 of 41 matches since last year's US Open] and it makes me feel very special.

"The press conferences are a whole lot easier: I'm getting easier questions, not always about my age.

"It's nice because I have been asked a lot since I turned 30, 'how long are you going to be playing?' and 'why aren't things so good?'"

Federer, the world number three, received a bye into the second round in Miami and kicks off his campaign against Ryan Harrison of the United States on Saturday.