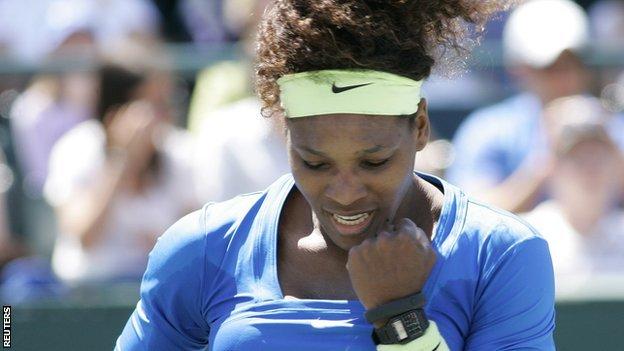 World number 10 Serena Williams marked her first final appearance in seven months by winning the 40th WTA title of her career at Charleston.

The 30-year-old, who was the fifth seed, beat Czech Lucie Safarova 6-0 6-1 in just 58 minutes at the claycourt Family Circle Cup tournament on Sunday.

Williams is the third person to reach the milestone, following her sister Venus (43) and Kim Clijsters (41).

It was Williams's first final since her US Open defeat by Samantha Stosur.

The 30-year-old, who beat Stosur in the Charleston semi-finals, has now won all five meetings with Safarova.