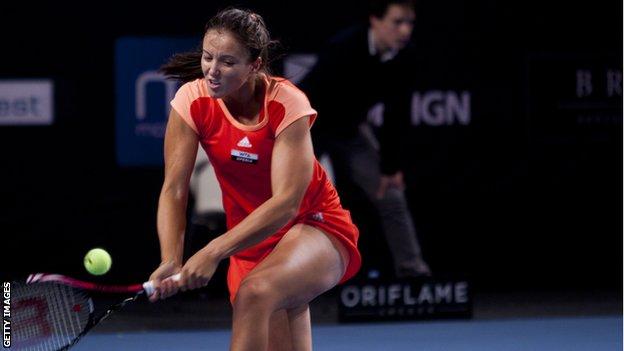 British number four Laura Robson has been knocked out of the Copenhagen Open in the first round by world number 20 Jelena Jankovic.

Fellow Briton Anne Keothavong, who beat Melinda Czink 4-6 6-2 6-3 in the first round, will face second seed Angelique Kerber of Germany on Wednesday.