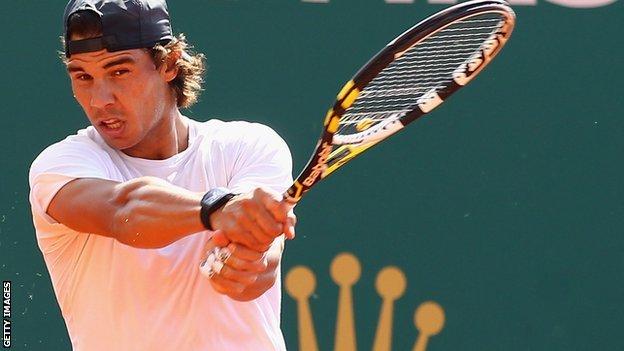 Rafael Nadal hopes a problematic knee will not jeopardise his bid for an eighth consecutive Monte Carlo Masters title this week.

The world number two, who suffers from tendonitis, had to pull out of a semi-final clash with Andy Murray at the Miami Masters in March.

He has only just returned to training after missing two weeks.

"It needs time to see how it is when I play to the top level...when I put all my efforts on the knee," he said.

The 25-year-old Spaniard, who has not won a title since last year's French Open, has a bye in the opening round and his second-round match against Jarkko Nieminen will be played on Wednesday.

"I started practising four days ago, it's 15 days off without a chance to practise physically because I could not move my knees.

"I need to spend time on courts, I need matches."