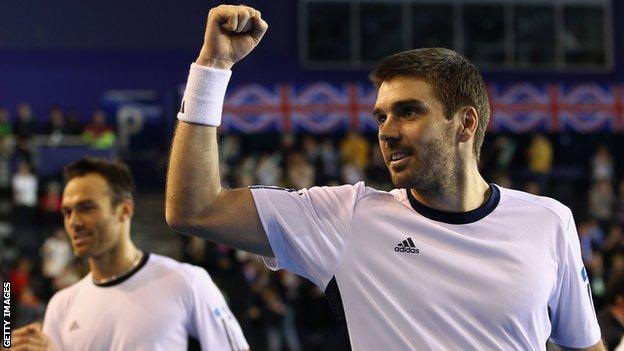 Colin Fleming will miss the clay-court season through injury but aims to be fit in time for Wimbledon.

The Great Britain Davis Cup doubles star from Linlithgow could be sidelined for up to eight weeks, meaning he will miss the French Open.

Fleming, ranked 25th in the world with doubles partner Ross Hutchins, had to withdraw from the Monte Carlo Masters.

The duo reached the quarter-finals at Wimbledon and the US Open last season.

Fleming said on Twitter: "Bad news folks. I've withdrawn from the tournament here with an injury. Focused on rehab now & hoping to be back on court in 6-8 weeks."