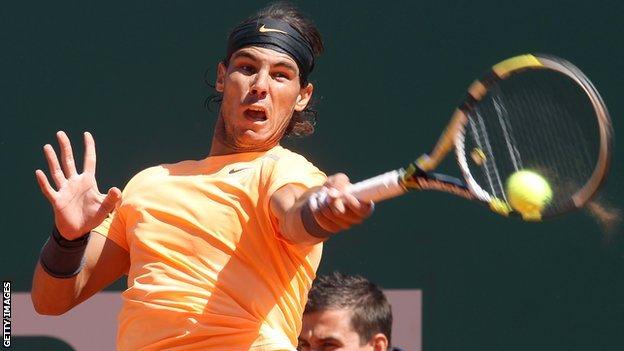 Rafael Nadal cruised into the third round of the Barcelona Open with a 6-1 6-2 win over Guillermo Garcia-Lopez.

Andy Murray's third round opponent will be Santiago Giraldo, who beat Robin Haase 6-4 6-3.

Murray was in doubles action with brother Jamie on Wednesday and they won their match 6-4 6-4 against Kevin Anderson and Frank Moser.

The Murray brothers took just under an hour and a quarter to wrap up victory and progress to the last 16.