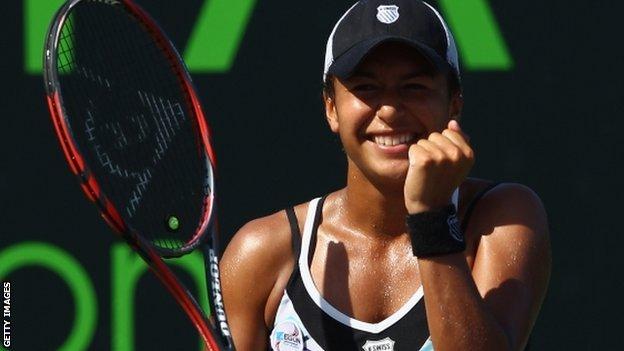 The Guernsey-born player had already won two matches to set up the final-round qualifying match.

British number one Elena Baltacha will play second seed Maria Kirilenko in the first round later this week.

Keothavong looked on course for a victory after levelling at one set all against Klara Zakopalova, but the 30-year-old Czech dominated the decider to win the first-round clash 7-6 (7-3) 3-6 6-2.