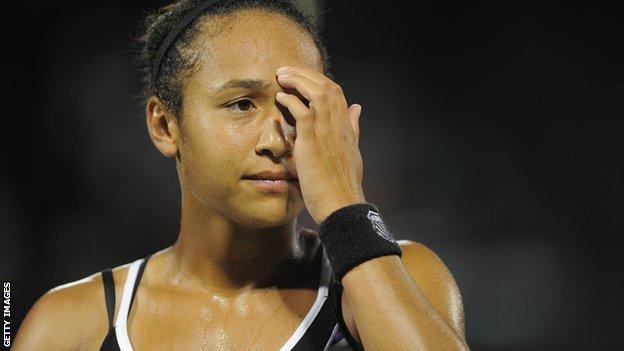 British number three Heather Watson is out of the Estoril Open after a second-round defeat by Petra Cetkovska.

Watson, ranked 115th, was beaten 6-3 6-1 by the Czech fourth seed as her impressive run in Portugal ended.

After a competitive first set, Watson saved three match points to avoid a love set in the second but Cetkovska wasted little time in wrapping it up.

Watson came through three rounds of qualifying before beating Czech Lucie Hradecka in round one.