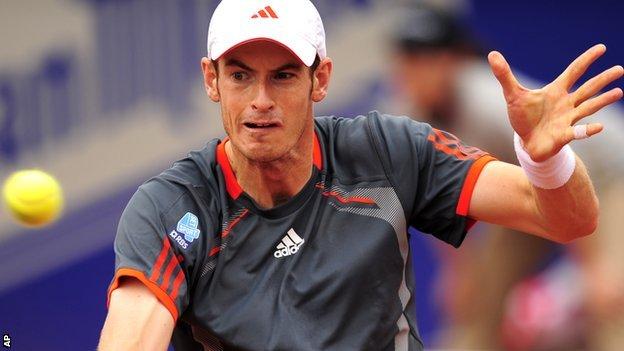 Andy Murray has been forced to pull out of the Madrid Open, which starts on Sunday, after suffering a back injury.

"I always love coming to Madrid so it is a big disappointment. I look forward to returning next year," the world number four told the event's website.

A Madrid appearance was scheduled to assist Murray in his preparations for the French Open which begins on 27 May.

The Scot, 24, hopes to return to action at another Masters event in Rome later in the month.

Murray's last tournament in Spain ended with a disappointing 6-4 7-6 (7-3) defeat by Canada's Milos Raonic in the last eight of the Barcelona Open.

Murray has good past form at Madrid. He won the event in 2008 on hard-court surfaces, but has failed to replicate that success since its conversion to clay.