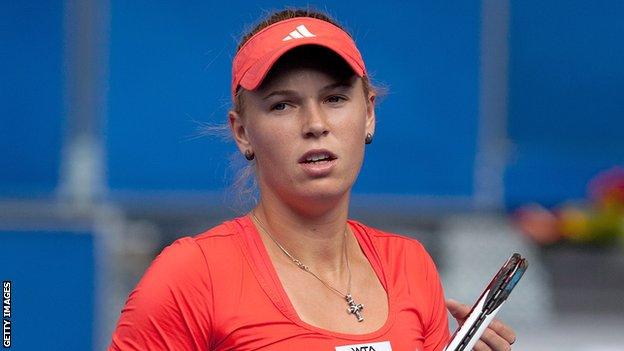 Former world number one Caroline Wozniacki and Wimbledon champion Petra Kvitova will head the field for the Aegon International.

The event, held at Devonshire Park in Eastbourne, begins on 16 June.

Tournament director Gavin Fletcher told BBC Sussex: "Our cut-off for the women's main draw is 46 in the world. We've got five players in the top 10.

"It's very strong throughout. There's a strong men's draw as well which I'm very happy about."

Marion Bartoli is set to defend her title and 2008 winner Agnieszka Radwanska, the world number three, will also return.

France's Richard Gasquet is the top seed in the men's draw while one-time Australian Open finalist Marcos Baghdatis will take part in the Sussex tournament for the first time in his career.

Wildcard entries for British players will be announced in the coming weeks.