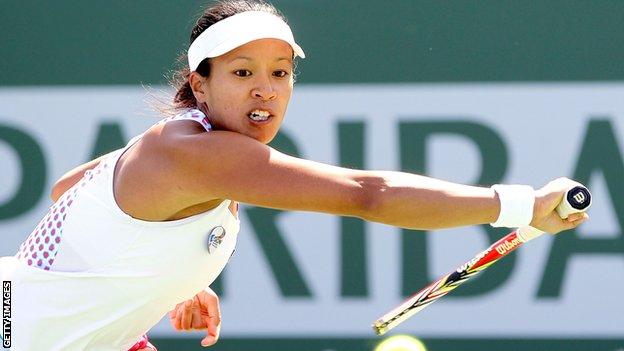 Anne Keothavong was knocked out of the Strasbourg International by Mirjana Lucic, the British number two losing 2-6 7-5 6-4.

Keothavong made a flying start against the world number 119 before fading badly against a player ranked 43 places lower than her.

Despite securing the first set, Hackney-born Keothavong followed fellow Briton Elena Baltacha out of the event.

Baltacha suffered a first round defeat by Stephanie Foetz Gacon on Monday.

There was better news for fellow Briton Jamie Baker, who beat Germany's Peter Torebko 6-4 7-6 [7-4] in the first round of qualifying for the French Open.

But Josh Goodall will not be competing in the singles at Roland Garros after losing 6-7 [5-7] 7-5 7-5 to Japan's Hiroki Moriya.