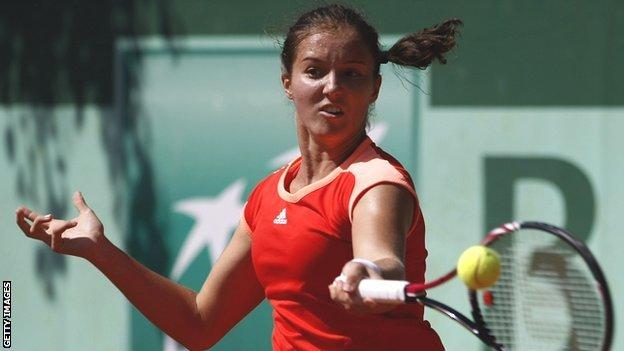 Britain's Laura Robson will play in the French Open after being handed a spot as the first alternate.

Robson lost 6-4 5-7 4-6 to Czech player Karolina Pliskova in qualifying but got in after Spain's Silvia Soler-Espinosa injured her ankle in practice.

The pair have met once before, in the second round of the US Open last year, where Medina Garrigues won straight sets.

In qualifying, Robson was leading 5-3 and 40-15 against Pliskova but tightened up and could not convert either match point as her opponent went on to win four games in a row.

The Briton, who lost to 20-year-old Pliskova in the girls' final at the Australian Open in 2010, hung on until the 10th game of the third set, when her Czech rival won the third of three match points after a netted forehand from Robson.

Robson has now made the main draw at four successive Grand Slams having earned a wild card at Wimbledon and qualified at the US Open and Australian Open.

She joined fellow qualifier Heather Watson, Elena Baltacha and Anne Keothavong in the main draw, making it the most British women in the first round at Roland Garros for 21 years.