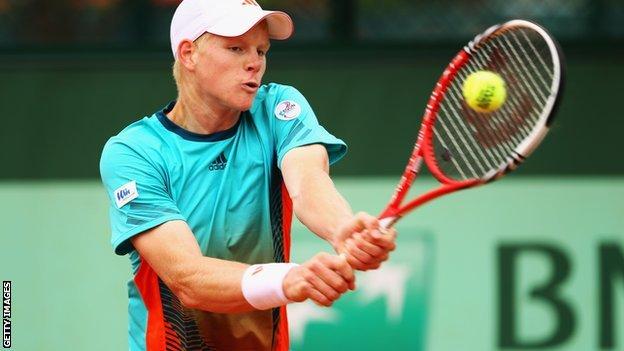 Britain's Kyle Edmund knocked out number two seed Gianluigi Quinzi in the third round of the boys' singles at the French Open.

Edmund overcame his Italian opponent in three sets to win 6-4 1-6 7-6 in a match which lasted more than two hours.

The 17-year-old from East Yorkshire has now reached the quarter-finals at three successive Grand Slams.