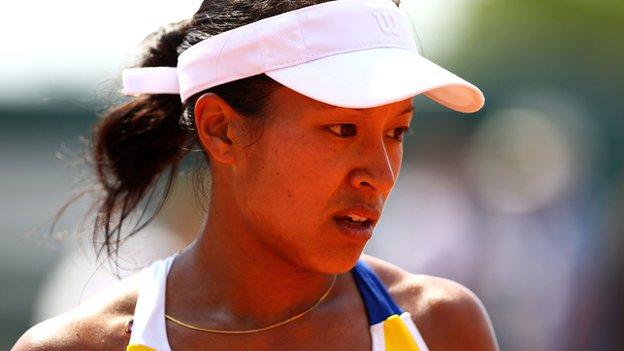 British number two Anne Keothavong came from a set down to beat Kristyna Pliskova and reach the semi-finals of the Aegon Trophy in Nottingham.

In a match that had to be moved indoors because of rain, Keothavong prevailed 4-6 6-1 6-4 and will meet American Coco Vandeweghe in the last four.

However, Elena Baltacha was beaten 6-3 7-5 by Urszula Radwanska.