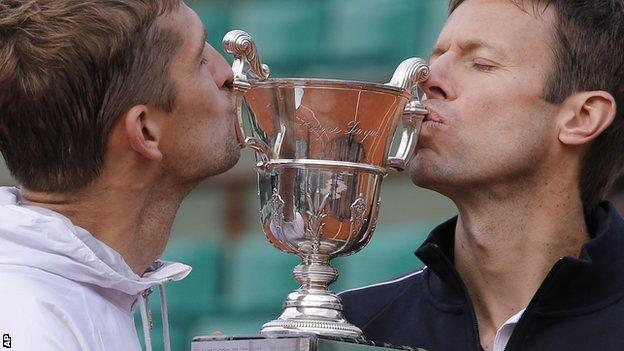 The second-seeded Bryans were bidding to win a record-equalling 12th major doubles crown.

However they were thwarted by the Belarusian-Canadian partnership in Saturday's final.

"Beating the best team, probably of all time, in the finals is a good feeling," Nestor said.

Mike Bryan felt the twins "wanted it probably a little too bad".

"When it's not going your way early, it's tough to stay really positive," he added.