Eleven Britons, five men and six women, are competing at the 126th Wimbledon Championships this year.

Everyone knows about Andy Murray, but who are the others who will be in action at the All England Club?

SW19 record: Has failed to progress beyond the first round in five previous appearances, although took Italy's Andreas Seppi to four sets last year.

What's at stake? The British number three reached a career high in the world rankings thanks to a first-round win over Oliver Golding at the Aegon Championships in June.

The right-handed Scot, who has had to overcome a rare blood disease, has set himself the target of breaking into the top 100.

Performance:Went out in the first round but only after a battling display against three-time Wimbledon runner-up Andy Roddick in a rain-affected match played over two days. 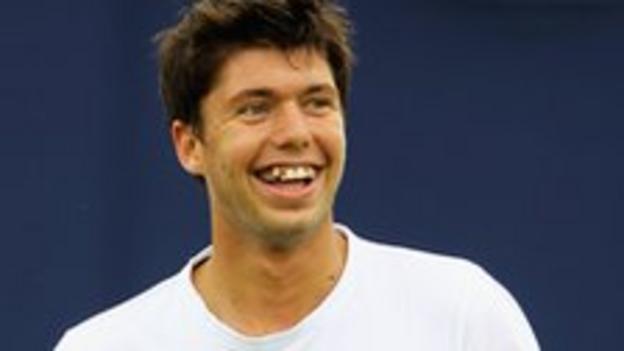 SW19 record: Golding is competing in the main draw for the first time. Reached the second round of qualifying last year in what was his first attempt to reach the first round. He also reached the final of the boys' doubles with Jiri Vesely, where they lost to fellow Briton George Morgan and Mate Pavic.

What's at stake? The 6ft 2in Richmond-based player has steadily climbed up the rankings in the last year, reaching a career high in the world rankings in June. He won the US Open boys' title last year, becoming the first British winner since Andy Murray in 2004. 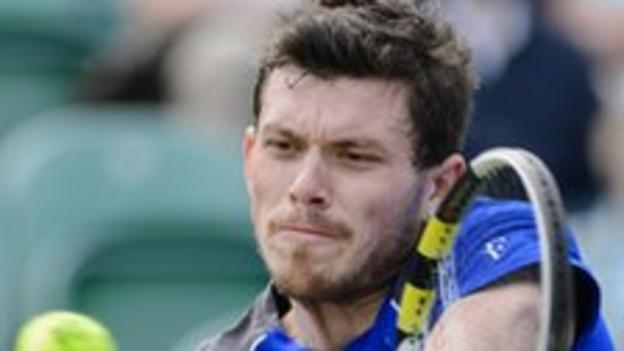 What's at stake? Basingstoke-born Goodall has been climbing up the rankings over the last two years, after a fall, and is closing in on a placing within the top 200 for the first time in four years.

SW19 record: Murray has made six Wimbledon appearances and has reached the semi-finals in each of the last three years, losing against Rafael Nadal in the previous two and Andy Roddick the year before. Nadal was also his nemesis in the 2008 quarter-finals.

What's at stake? The British fans will be pinning their hopes on Murray to finally win a Grand Slam, having already reached three finals - the US Open in 2008 and the Australian Open in 2010 and 2011. No British male has won Wimbledon since Fred Perry in 1936. 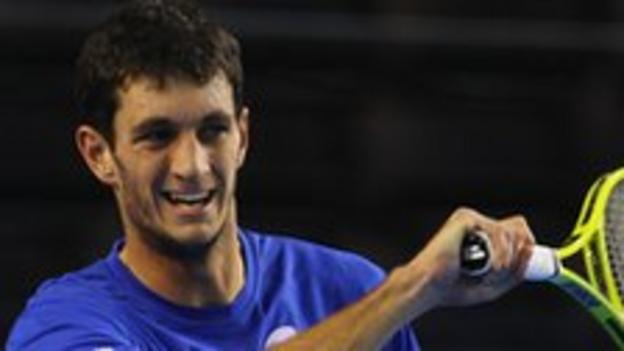 SW19 record: The British number two has yet to taste victory in the main draw at Wimbledon. However, he has been paired against tough first-round opponents - Fernando Verdasco in 2009 and Michael Llorda last year.

What's at stake? Shone at Queen's last year, reaching the semi-finals after toppling Stanislas Wawrinka and Sam Querrey, and is hoping to continue his steady progress up the rankings over recent years. 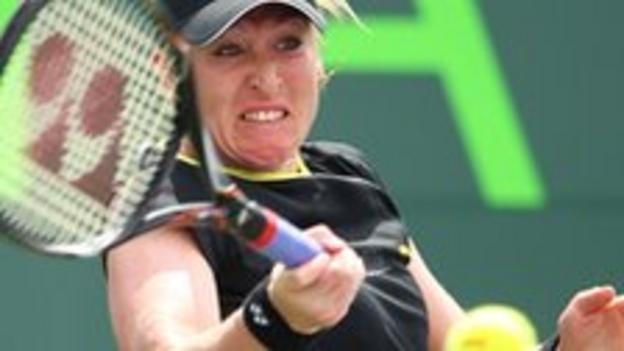 SW19 record: Reached the third round in 2002, eventually losing in straight sets to Elena Likhovtseva.

What's at stake? The Scot enjoyed her most successful season to date last year as she reached the second round of every Grand Slam for the first time in her career.

However she has dipped from 50th in the world rankings to 101st this year, blaming ongoing efforts to add variety to her game for her loss of form. A few wins at Wimbledon will give her the momentum needed to rise up the rankings once again. 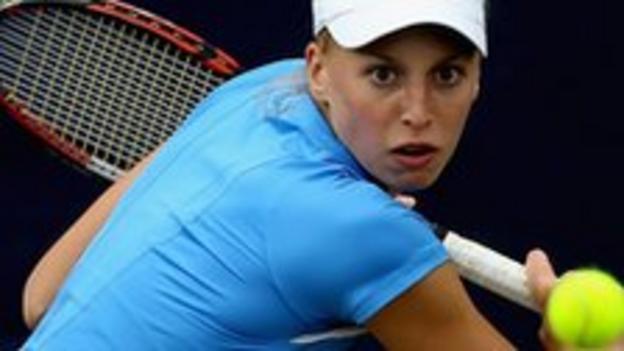 SW19 record: Reached the quarter-finals of Junior Wimbledon in 2008. Competed in the main draw for the first time last year thanks to a wildcard but was beaten by fellow Brit Anne Keothavong in the first round.

What's at stake? The British number five, a losing qualifier at this year's Australian Open, has little experience at this level so reaching the second round would be considered an achievement. 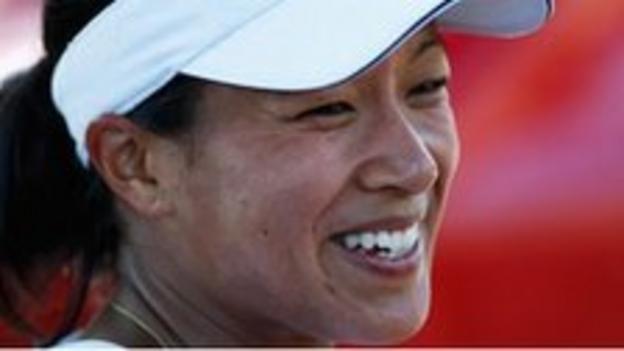 What's at stake? Keothavong will hope to bounce back from the disappointment of losing to lower ranked Hungarian Melinda Czink in the first round of the French Open.

She has leaped above rival Elena Baltacha in the British rankings this year and will be determined to cement her status as the nation's best female by outperforming the likes of Robson, Watson and Baltacha. 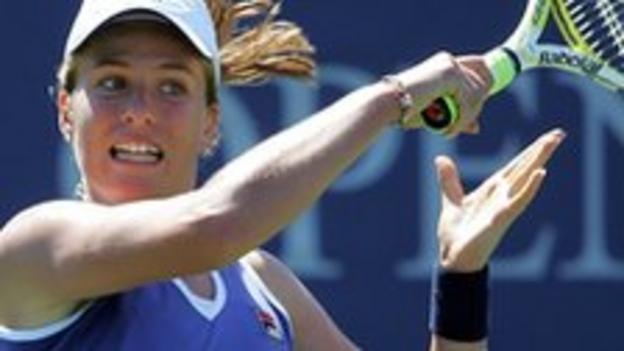 SW19 record: The Sydney-born right-hander has won seven career titles on the International Tennis Federation (ITF) circuit but has yet play at Wimbledon.

What's at stake? Konta switched allegiances to Great Britain in May and the 21-year-old, one of six British wildcards in the women's main draw, will be determined to prove her worth to British tennis. 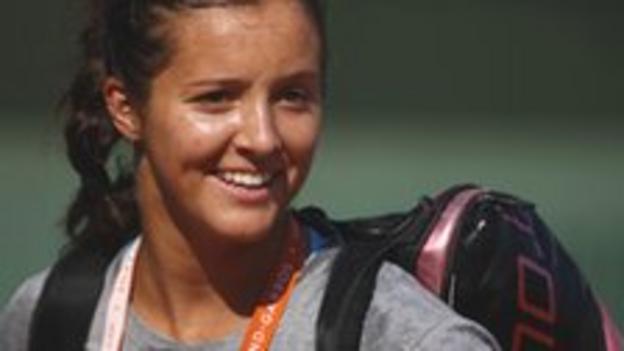 SW19 record: In 2008, Robson became the first British junior Wimbledon champion in 24 years. Her best performance in the main draw was reaching the second round in 2011.

What's at stake? The teenager, who qualified for the main draws of the Australian Open and French Open this year but failed to go beyond the first round, will be looking to build on the progress she made last year, where she was beaten by eventual finalist Maria Sharapova in the second round. 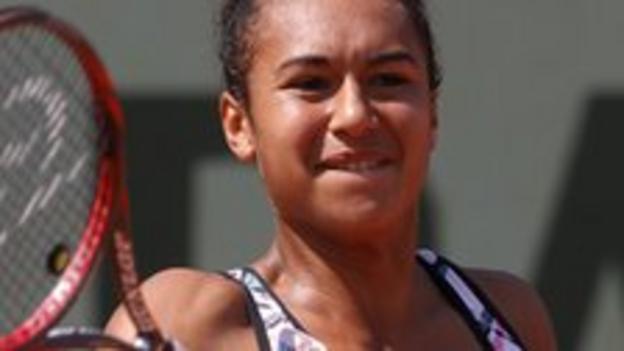 What's at stake? After initially being awarded a wildcard, Heather Watson earned a place in the main draw by right following the withdrawal of injured French Open quarter-finalist Kaia Kanepi.

The Guernsey-born right-hander will hope to improve on her performance at Roland Garros - where she progressed to the second round - and reach the third round of a Grand Slam for the first time.