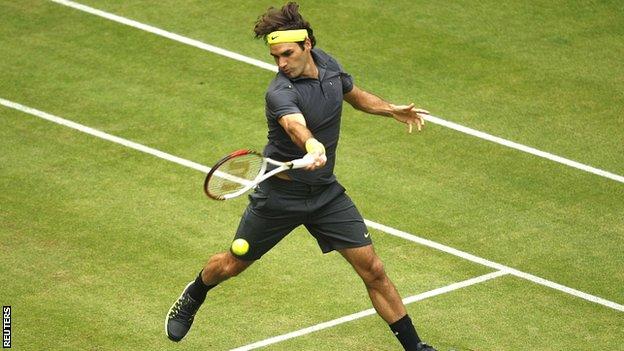 Roger Federer beat Mikhail Youzhny to reach the final of the Gerry Weber Open in Halle for the seventh time.

"It's unexpected, it's a bit of mystery how I got here. But I am delighted to be playing good tennis at Halle

The five-time champion dropped serve in the second set but wrapped up the match with his seventh ace.

"It was nice to come out and play some decent tennis after yesterday's shoot-out drill," said Federer, referring to his quarter-final win against Milos Raonic in a third-set tie-break.

"Mikhail played a great tournament, and he deserves respect for the way he fought back in the second set."

Haas, the champion in 2009 when he beat Novak Djokovic, admitted he had been surprised by his run to the final.

"It's a bit of mystery how I got here. But I am delighted to be playing good tennis at Halle," he said.

Their last meeting was in the last four of Wimbledon in 2009, which Federer won en route to his 15th Grand Slam title.