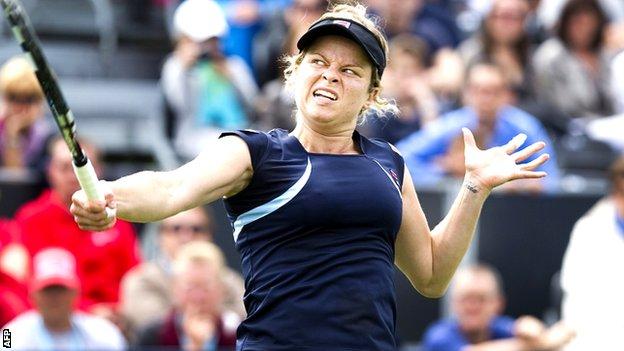 Kim Clijsters marked her return from injury with victory over Romina Oprandi in round one of the Unicef Open in 'S-Hertogenbosch, the Netherlands.

In her defeat by Oprandi at last year's event, Clijsters suffered an ankle injury that saw her miss Wimbledon.

The Belgian will face Sara Errani or Kateryna Bondarenko in round two.