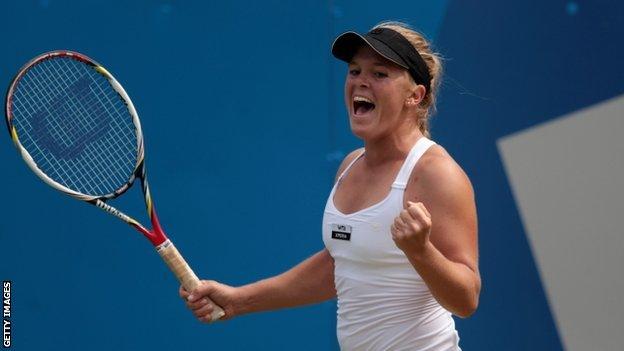 The 20-year-old American triumphed 6-4 6-2 in a final held over from Sunday due to the weather.

Serbian Jankovic cancelled out an early break but a sloppy service game gifted Oudin the initiative again and she closed out to take the opening set.

Wimbledon wild card Oudin broke immediately in the second and completed victory in one hour and 35 minutes.

Victory over the 27-year-old ex-world number one marks a significant turnaround in fortunes for former US Open quarter-finalist Oudin after she dropped to 208th in the rankings from a high of 31.

Both women had to win two matches on Sunday to reach the final as tournament organisers battled with a heavily interrupted programme.