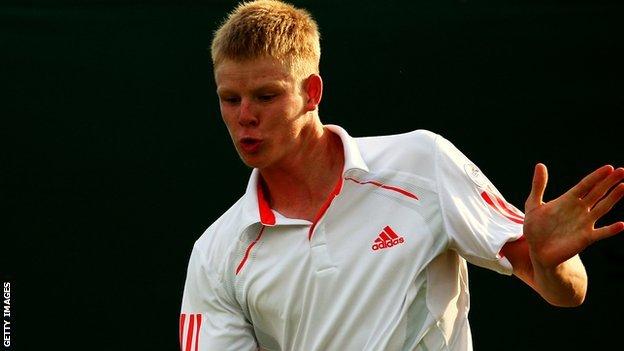 British teenager Kyle Edmund enjoyed a superb victory over 12th seed Daniel Gimeno-Traver in the first round of Wimbledon qualifying.

"Felt amazing to win out there today! Gives me confidence and shows what I can do," Edmund said on Twitter.

The 17-year-old will play Uruguay's Marcel Felder, ranked 276, in round two, with three victories required to earn a place in the main draw at Wimbledon.

Richard Bloomfield, David Rice, Edward Corrie, George Morgan, Luke Bambridge and Andrew Fitzpatrick were also among those beaten in the first round.