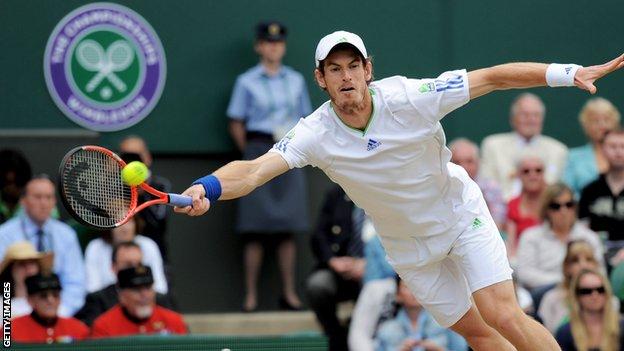 British number one Andy Murray has been seeded fourth as he looks to win the Wimbledon men's singles title for the first time.

Defending champion and world number one Novak Djokovic is named top seed for the 126th Championships which run from Monday, 25 June to Sunday, 8 July.

Petra Kvitova, who defeated Sharapova in 2011, has been seeded fourth.

Unsurprisingly, the seedings announced by the All England Club on Wednesday closely match the current world rankings.

However, three-time runner-up Andy Roddick is named as the 30th seed, despite his world ranking of 33, because of his impressive past record.

As expected, five-time ladies champion Venus Williams, currently ranked number 55 in the world, is not seeded after a season blighted by illness.

However Frenchman Gael Monfils, ranked 15th in the world, has withdrawn from Wimbledon because of a knee injury.

Tournament organisers also confirmed Netherlands' Michaella Krajicek has pulled out of the women's draw through illness.

Both players will be replaced by a loser from qualifying.