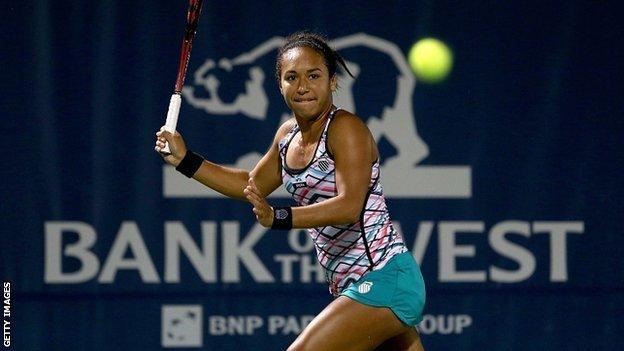 Heather Watson backed up her run to the Wimbledon third round by reaching round two at the Bank of the West Classic in Stanford, United States.

Watson was broken three times in the first set and twice in the second, but recovered to take the third with ease.

Watson was beaten at Wimbledon 6-0 6-2 by eventual women's singles finalist Agnieszka Radwanska but became the first British woman to reach the third round for 10 years.

Robson overcame Ivakhnenko, ranked 240 in the world, 6-1 6-0 to move into the second round of the Palermo International.