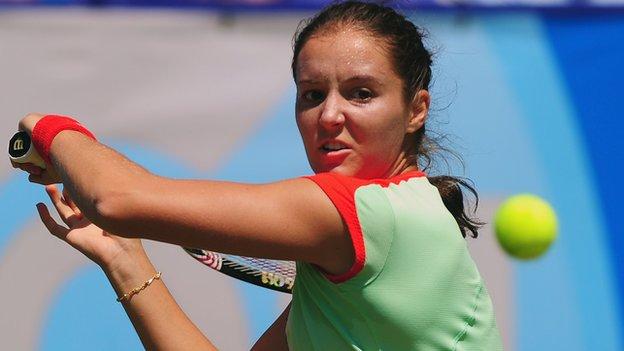 Laura Robson reached the semi-finals of a tournament on the main WTA tour for the first time as she defeated Carla Suarez Navarro at the Italiacom Open.

Robson, ranked 113th in the world, overcame the world number 41 in a match briefly delayed at the start of the third set because of the heat.

The final set had five breaks of serve in a row before Robson held to win.

On Thursday Robson had claimed the highest ranked victim of her career when she beat world number 27 Roberta Vinci, the second seed, to reach the last eight of the clay court tournament.

Robson will be competing at London 2012 on grass at Wimbledon in the women's doubles with Heather Watson.