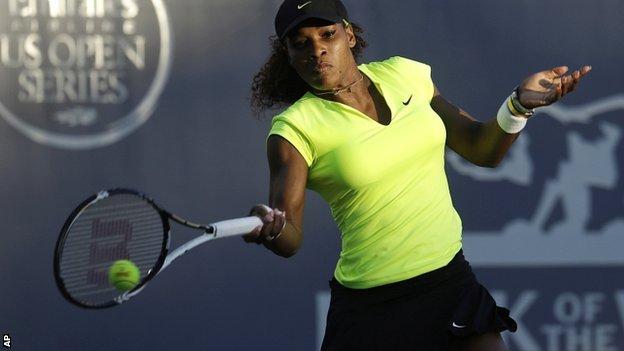 Williams struggled with serve but was still too good for the world number 43.

And they will now face top seeds Jarmila Gajdosova and Vania King in the final.

In contrast to her performance at Wimbledon, Williams managed to get only 38% of her first serves in but she broke Cirstea four times in the match and only faced one break point, which she easily fought off.

World number four Williams said: "I think we were both disappointed tonight because we both have big serves, and tonight for whatever reason we weren't able to do it.

"I feel like I haven't served well all week and 38% is outrageous."

The final between Williams and Vandeweghe will be the first all-American WTA final since November 2009 and it guarantees world number 120 Vandeweghe a move into the world's top 100 and a place in the US Open.