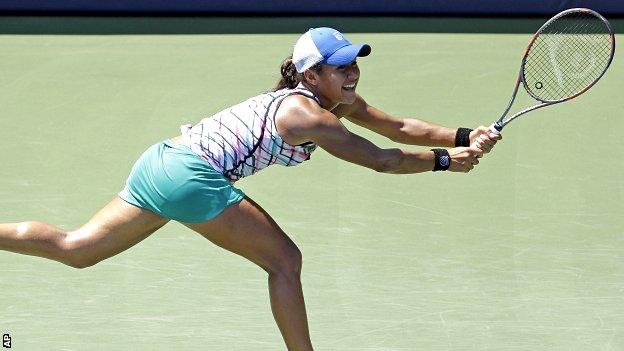 Heather Watson marked her first week as British number one with victory over Eleni Daniilidou in round one of the Mercury Insurance Open in Carlsbad.

The 20-year-old, who won the Bank of the West Classic doubles title on Sunday, beat 112nd-ranked Daniilidou of Greece 6-3 6-3 at the California event.

But British number two Anne Keothavong is out after she succumbed 6-4 6-0 to Marina Erakovic of New Zealand.

At the Swedish Open in Bastad, Laura Robson lost 6-4 7-6 (7-4) to third seed Anabel Medina Garrigues in the opening round.

Robson reached her maiden WTA semi-final at last week's Italiacom Open and plays doubles with Watson at the Olympics.

Keothavong and Elena Baltacha will represent Team GB in the singles