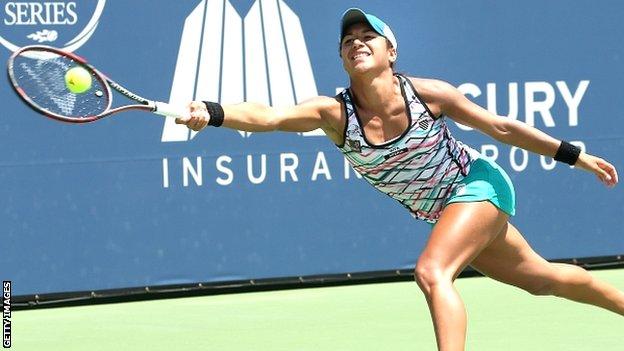 Heather Watson's Olympic preparations suffered a setback as she was beaten by world number 161 Chan Yung-Jan in round two of the Mercury Insurance Open.

The British number one is ranked 90 places above the Taiwanese right-hander, but lost 6-3 7-6 (7-2) at the event in Carlsbad, California.

She will partner Laura Robson at the Olympics, while Anne Keothavong and Elena Baltacha represent Team GB in the singles.