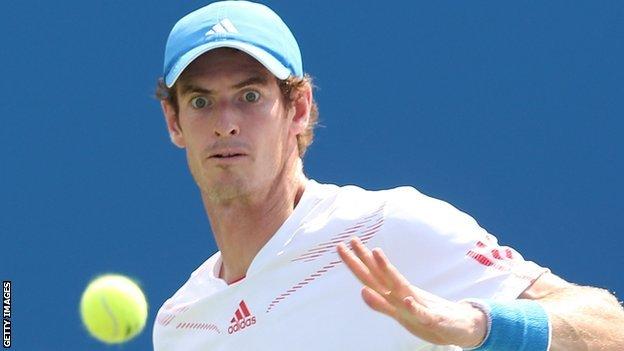 Olympic champion Andy Murray has withdrawn from the Toronto Masters because of a knee injury.

Murray needed treatment on his left knee during his 6-1 6-3 second round win over Flavio Cipolla and afterwards said he was feeling "stiff and sore".

He added: "I had a lot of matches at the Olympics and this was my first match on a hard court in four months."

The Scottish world number four had been due to play Canadian Milos Raonic in the third round.

Roger Federer and Rafael Nadal have also pulled out of the event, but top seed Novak Djokovic progressed to the third round by beating Australian Bernard Tomic 6-2 6-3.

Organisers presented Murray, who won gold in the Olympic singles on Sunday and then partnered Laura Robson to silver in the mixed doubles, with a huge chocolate cake to celebrate his Olympic success.