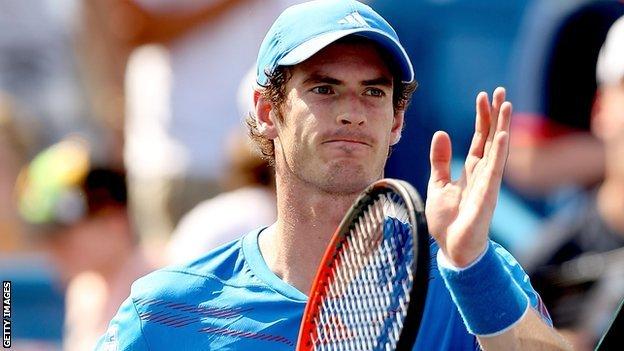 Andy Murray returned from injury to book his place in the third round of the Cincinnati Open with a 6-2 6-4 win over American Sam Querrey.

The Scot, who won two medals at the Olympics, pulled out of last week's Toronto Masters with a knee problem.

Murray, 25, who will be seeded third at the US Open following Rafael Nadal's withdrawal, will meet Jeremy Chardy of France in the third round.

Novak Djokovic is also through after beating Andreas Seppi 7-6 6-2.

Murray, who won gold in the men's singles and silver in the mixed doubles at London 2012, needed just 34 minutes to win the first set and hit just four unforced errors.

He was always in control of the second set, as another break and a hold of serve saw the Scot extend his run of games won to six.

There was just one scare when the Olympic champion faced two break points at 4-3 up, but he saved both.