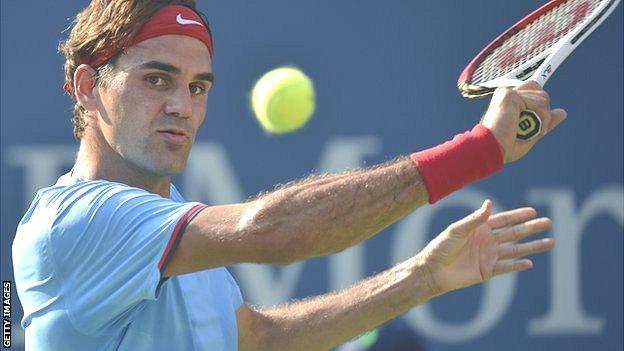 World number one Roger Federer eased into the last 16 of the US Open with a straight-sets win over Fernando Verdasco at the Arthur Ashe Stadium.

Federer, who won at Wimbledon earlier this year before claiming Olympic silver, hit 30 winners and faced one break point in beating the 25th seed.

"I was never really in big trouble on my service games," said Federer.

Federer was defeated in the semi-finals at the US Open last year when he let a two-set lead slip as well as missing out on two match points against eventual winner Novak Djokovic.

"I was thinking about that match today," said Federer, who returned to the number one spot after his Wimbledon triumph.

"I always believed I would get back to number one in the world and now that I am, it's amazing. It has been a great year."

Milos Raonic became the first Canadian to reach the fourth round since 1988 with an impressive 6-3 6-0 7-6 (7-3) victory over former world number four James Blake.

The 15th seed produced a masterclass in serving, hitting 28 aces and winning 89% of points on his first serve to set up a meeting with third seed Andy Murray.

Martin Klizan and 12th seed Marin Clinic will join them in the next round thanks to respective victories over 32nd seed Jeremy Chardy and 17th seed Kei Nishikori.

There was British success in the men's doubles as Colin Fleming and Ross Hutchins beat Brian Baker and Rajeev Ram 7-5 6-3 to reach the third round.