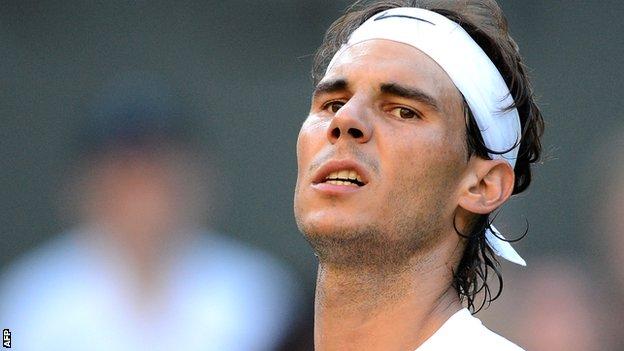 Rafael Nadal has been ruled out for a further two months as he continues to struggle with a knee injury.

The 11-time major winner has not played since his shock

The Spanish left-hander has missed the Olympics and the US Open and will now miss much of the rest of the season.

"I really want to be back competing and enjoying the tennis tour, but I have many years in front of me and my knee needs some rest," he said.

Nadal, 26, will miss Spain's Davis Cup semi-final with the United States but could return for the final, if his country progress, and for the ATP World Tour Finals at London's O2 in November.

"I will be back when I have no pain and am able to compete with guarantee," he added on Twitter.

"I feel better after the meeting with my doctors and happy knowing that the evolution of the past weeks has been positive and surgery has been avoided. I will continue to work with the plan my doctors have established to be able to compete as soon as possible in the right conditions."