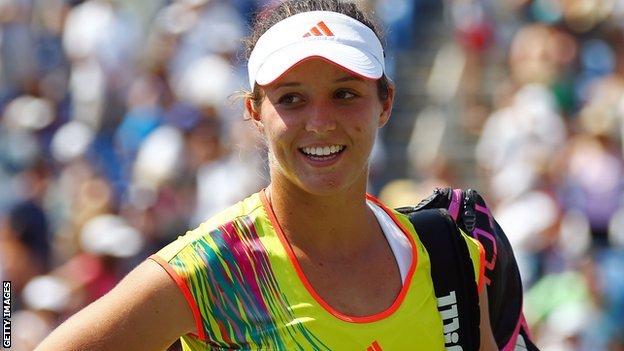 British number one Laura Robson continued her impressive run of form, beating Zheng Jie 6-3 6-3 to reach the last eight of the Guangzhou Open.

The 18-year-old needed just 92 minutes to beat the second seed.

The left-hander dominated her Chinese opponent, ranked 52 places above her in the world, winning over 50% of points both serving and receiving.

She will now face another Chinese player, world number 48, Peng Shuai, in the quarter-finals.

"Zheng Jie moves very fast and I had to play really aggressively," Robson, who reached the fourth round at the US Open last month, told the WTA website.

"I think I am in a good shape today and played well.

"After the US Open people put more pressure and expectations on me, but I just want to focus on tennis and be a better player every time I step on court.

"I have confidence in myself and I believe I can achieve my goals."