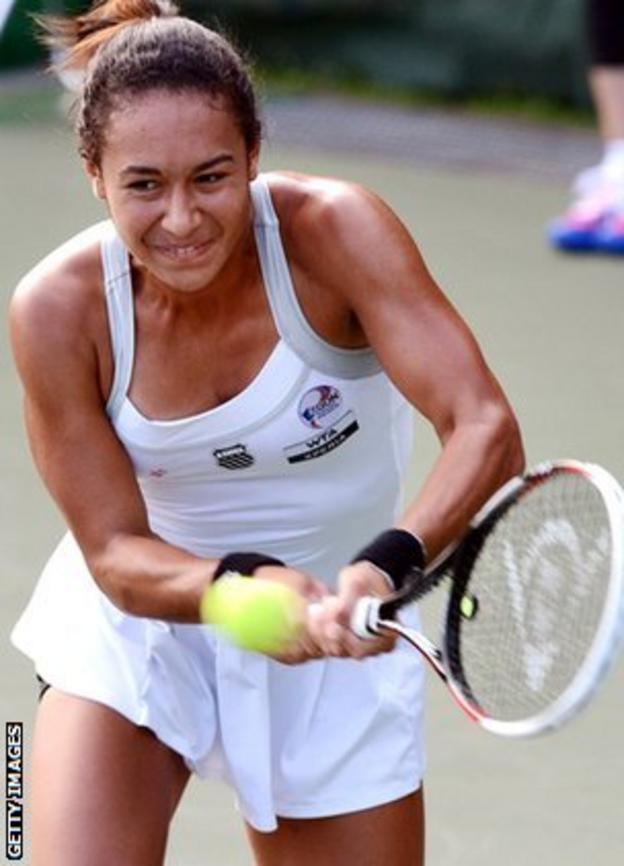 The 20-year-old, who came through two matches in qualifying over the weekend, saw off Germany's Lisicki 6-4 7-6 (7-3) at the Pan Pacific Open.

Watson next faces Sharapova, who had a first-round bye as the second seed.

British number one Laura Robson has risen to 57 in the world after reaching her first WTA final on Saturday.

The 18-year-old had planned to play in Tokyo but her run to the final in Guangzhou, where she was beaten 6-3 5-7 6-4 by Su-Wei Hsieh, meant she was unable to make it to Japan for the qualifying rounds.

Watson, ranked 78th, will hope to close the gap in the developing battle for the British number one spot in Tokyo, although she faces a huge test against Sharapova in round two.

The pair have met once before, with the Russian prevailing in three sets at the 2011 US Open.

However, Watson will be buoyed by her victory over Lisicki, who was ranked 12th in the world in May.

A solitary break was enough to give the Briton the opening set as she saved four break points and, after two breaks apiece in the second, Watson dominated the tie-break, moving to 6-1 and converting her third match point.

Tokyo boasts a strong field, with Serena Williams the only top-10 player absent. World number one Victoria Azarenka begins her campaign against Tamira Paszek on Tuesday.

Ninth seed Marion Bartoli, 10th seed Caroline Wozniacki and 11th seed Ana Ivanovic were among those to progress on Monday.

Meanwhile, Wimbledon finalist Agnieszka Radwanska has become the fourth player to qualify for the end-of-season WTA Championships in Istanbul on 23-28 October.