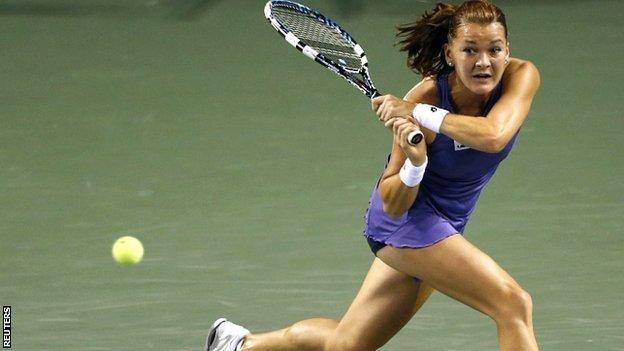 Defending champion Agnieszka Radwanska remains on course to retain her Pan Pacific Open title after a semi-final win over Angelique Kerber in Tokyo.

Nine of the world's top 10 women began the week in Tokyo, but the tournament lost top seeds Victoria Azarenka and Maria Sharapova on Thursday.

World number one against Kerber citing fatigue, while Sharapova was beaten for only the second time in 12 meetings with Stosur.

The Australian could not capitalise on that win, however, committing a string of unforced errors as Petrova closed out their semi-final in one hour and 47 minutes.

"Sam is a tough opponent," said Petrova. "She has a huge serve, a huge forehand. You have to be alert, you have to play your best tennis and I was able to accomplish that."

Radwanska was in superb form against Kerber, racing past the German in just 59 minutes.

"The games were long so I started to try something different, mixing my game up. It worked. I'm just happy I could play my best tennis."