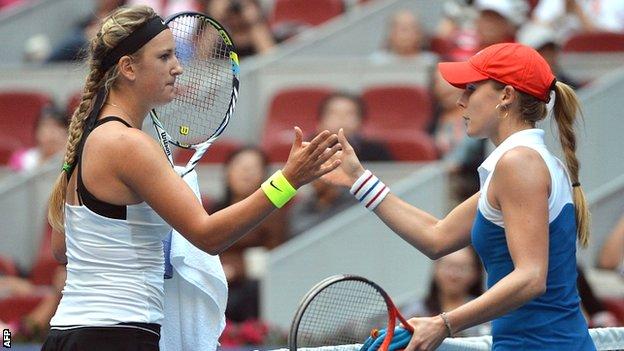 World number one Victoria Azarenka proved her form and fitness with a crushing victory over France's Alize Cornet in round one of the China Open.

The Belarusian, who having complained of dizzy spells, thrashed Cornet 6-1 6-0.

But fourth seed Petra Kvitova was beaten 6-3 6-2 by Spain's Carla Suarez Navarro in the second round.

Kvitova's defeat by the world number 46 follows a second-round loss to Croatia's Petra Martic in Tokyo.