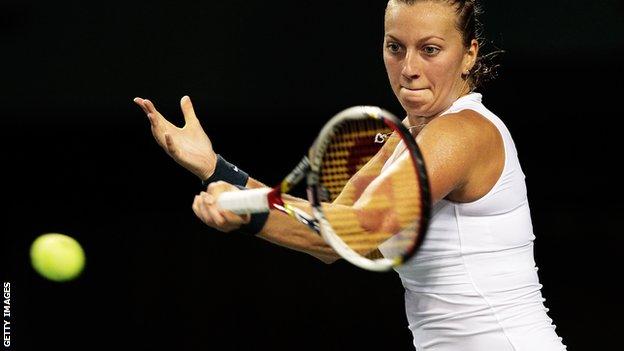 Petra Kvitova will defend her WTA Championship title after becoming one of three more players to qualify for next month's tournament.

The Czech beat Belarusian Victoria Azarenka to win the end-of-season tournament last year and has now sealed her place in the Istanbul tour finale.

Germany's Angelique Kerber and Italy's Sara Errani have also ensured their invitation to the 23-28 October event.

Azarenka, Russian Maria Sharapova, Serena Williams of the United States and Pole Agnieszka Radwanska were the first four to qualify for the eight-strong championships.

Australian Samantha Stosur, France's Marion Bartoli and Dane Caroline Wozniacki, who lost to Kerber in the third round of the China Open on Thursday, are vying with Li for the final spot.