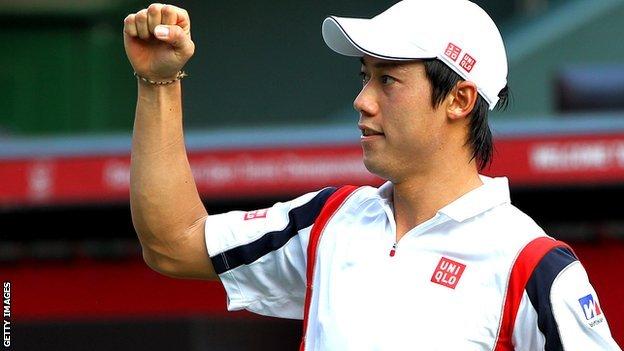 The world number number 17 was playing in his first final of 2012 and, after taking a tight first set on a tie-break, he lost the second 6-3.

With the partisan crowd backing Nishikori, he stormed the third set to take it to love, losing just 13 points.