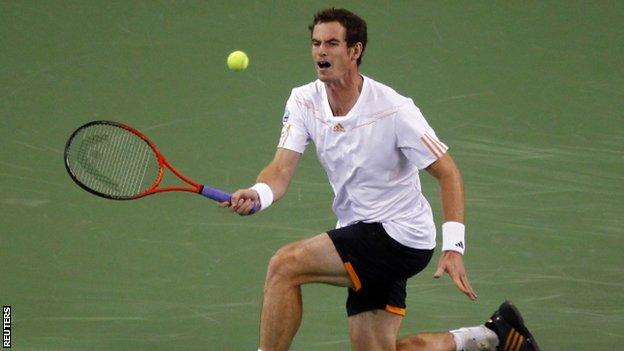 Andy Murray is through to the Shanghai Masters quarter-finals after a 6-2 6-2 win over Ukraine's Alexandr Dolgopolov.

The Scot, who received a bye in the first round and a walkover in the second, eased through his first match of the tournament within an hour.

The defending champion will face Radek Stepanek of the Czech Republic in the last eight.

"I think I did a decent job. It's very, very different conditions to last week."

The 25-year-old Serb, who served two aces and won 27 of 29 first-serve points, said he was pleased with the improvement in his game.

"I'm not very well known around the tour for big serving," he said. "But so far in this tournament, it has been working very well for me.

"It has been giving me a lot of free points, a lot of confidence in the matches."