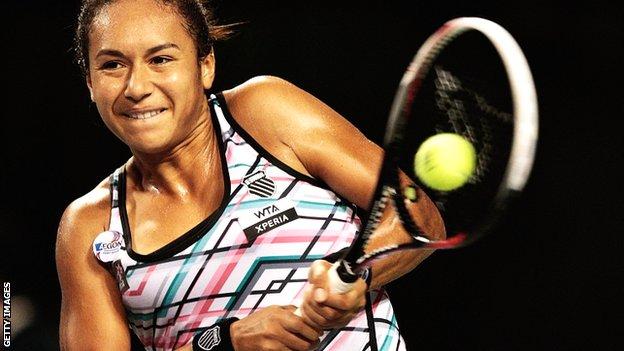 Britain's Heather Watson advanced to the semi-finals of the Japan Open in Osaka but British number one Laura Robson lost in a final set tie-break.

World number 71 Watson beat Pauline Parmentier of France, ranked 73, 7-5 6-3 in just under two hours and is now guaranteed to move into the top 60.

Watson's match featured 12 breaks of serve in the 21 games, with the Guernsey player recording her fourth late in the first set and three more in the second.

Robson,18, the world number 56, dropped her serve twice as she lost the first set to the world number 134, but the deciding set went with serve all the way, with not even a break point for either player, before Chang claimed the crucial advantage.

In the semi-finals she will play top seed Sam Stosur of Australia, who beat American Jamie Hampton 6-2 6-4.