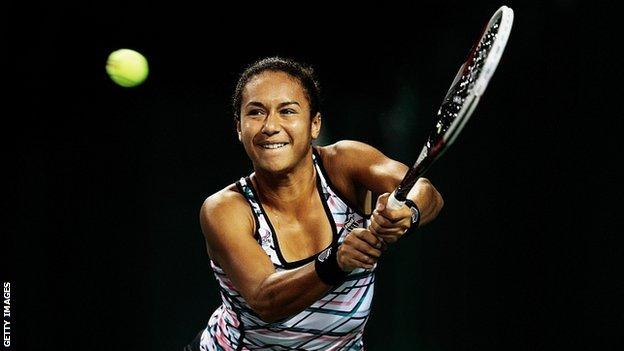 Britain's Heather Watson is through to her first WTA Tour singles final after beating home favourite Misaki Doi in two tight sets at the Japan Open.

Watson, who also reached the final of the women's doubles, broke Doi four times to her three in the second set.

The world number 71 is bidding to become the first Briton to win a WTA singles title since 1988.

Sara Gomer was the last player to clinch victory when she won the Northern California Open, four years before British number two Watson was born.

Robson, 18, lost in three sets to Su-Wei Hsieh at the Guangzhou Open, with Watson now aiming to go one better than the British number one.

And Watson could secure two titles after she made it through to the women's doubles final with 42-year-old Japanese partner Kimiko Date-Krumm.