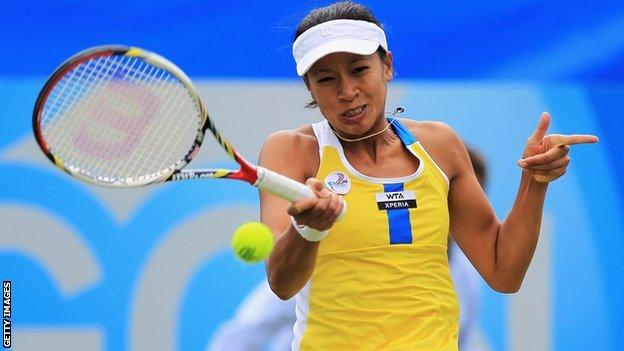 Anne Keothavong was knocked out of the Luxembourg Open in the second round by top seed Roberta Vinci of Italy.

The British number three, who reached the semi-finals last year, came into the draw as a lucky loser and beat Kiki Bertens in the first round.

Keothavong, ranked 83rd, needed a strong finish to the season to defend the ranking points she earned this time last year and stay in the top 100.