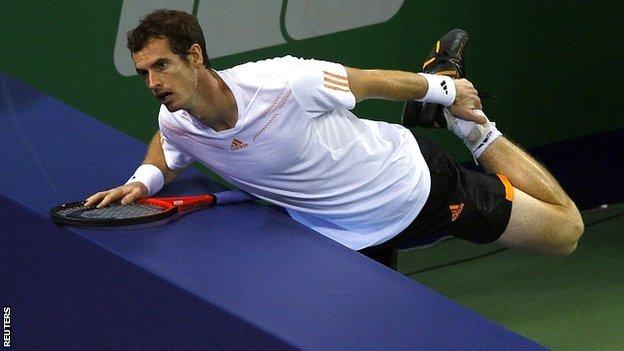 US Open champion Andy Murray has withdrawn from the Swiss Indoors event starting on Monday because of injury.

The 25-year-old Scot, who lost to Novak Djokovic in the Shanghai Masters final last weekend, is resting his back ahead of a busy end-of-season schedule.

He plays in the Paris Masters beginning on 29 October and the World Tour Finals in London, which start on 5 November.

Federer has won the tournament in five of the last six seasons.

Murray, however, who also pulled out of the Basel event last year, has not played a match at the St Jakobshalle venue since his only appearance in 2005.

World number two Djokovic is also absent this week so Argentine Juan Martin del Potro, seeking to secure a place in the World Tour Finals, takes the second seeding, ahead of Richard Gasquet of France.